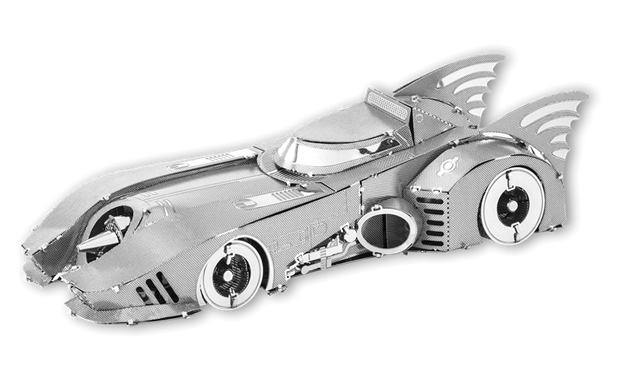 The Batmobile is the Batman's primary mode of transportation. The vehicle is one of the most daunting components in his vast arsenal, keeping it stored in the Batcave when not in use. Affectionately dubbed the "Keaton-mobile" after Michael Keaton; the actor playing Batman/Bruce Wayne in the films at the time, the car's popularity with fans has established a strong following and easily ranks with the 1966 Batmobile as one of the most popular Batmobiles of all time.