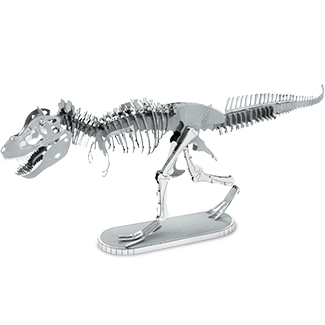 The species Tyrannosaurus rex (rex meaning "king" in Latin), commonly abbreviated to T. rex, is one of the most well-represented of the large theropods. Tyrannosaurus was a bipedal carnivore with a massive skull balanced by a long, heavy tail. Relative to its large and powerful hind limbs, Tyrannosaurus fore limbs were short but unusually powerful for their size and had two clawed digits. It was among the last non-avian dinosaurs to exist before the Cretaceous–Paleogene extinction event.